I've been using Parallels for quite some time now but just realised that I never gave VirtualBox 5.0 a proper test run.

From the official release notes it seems there's lots of useful stuff:

And from the most recent VirtualBox 5.0 release (5.0.14), there seems ot be a few OSX related improvements:

What do you think of VirtualBox 5.0?

So the questions are:

Thanks for taking the time to comment, feel free to let me know on Twitter as well (@glebreys) 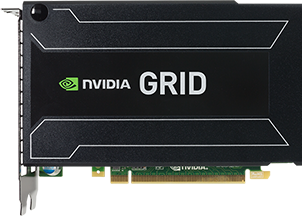 It seems the 3D acceleration is constantly getting improvements at different levels of virtualization.

As of VMware vSphere 6.0,  there's now a concept of Virtual GPU (vGPU). This is a technology that provides special direct access from a VM to the GPU hardware. Each ESX host is getting a NVIDIA's vGPU Manager installed which manages resource allocation for all the participating VMs.

NVIDIA developed a special class of GPUs for this, called NVIDIA GRID cards. Some of the cards can be shared among 16 VMs which is an impressive density. I believe you need to have a server hardware certified by NVIDIA as well, but it seems that all the major vendors are there (Dell, HP, Lenovo and even Supermicro).