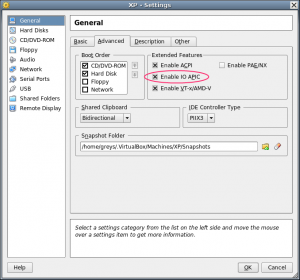 If you haven't heard about Planet V12n before, it's an initiative by the VMTN to aggregate all the virtualization blogs they can find. There's also a Planet VMware aggregator for VMware-only blogs.

Last week, Desktop Vitualization blog was added to the Planet V12n list, and I'm really proud to join the rest of great blogs already featured there. Thanks for adding me to the list! And to all the new readers of this blog – welcome and thanks for stopping by, hope to see your comments!

Head over to the VMTN blog to look at the full list of participating blogs, it's an excellent way to learn more about the virtualization community.

Last week saw a rather interesting release: a VDDK – Virtual Disk Development Kit by VMware, which seems to be a complete toolset for working with VMware VMDK disk images and coding your own applications which interface with them.

Virtual Machine Disk Format (VMDK image specification) is used by many vendors, and so such an SDK from VMware is a great way to reinforce VMDK position on the market.

END_OF_DOCUMENT_TOKEN_TO_BE_REPLACED

I've been spending increasingly more time researching topics for Unix Tutorial on one of my desktops. Ubuntu has replaced the Windows Vista I had and so far I quite like the experiment. Out of the box, all of the hardware was properly supported and even the NTFS partitions left from Vista install are easily available.

One of the first things I've decided to install was the trial version of the latest VMware Workstation: 6.0.3 build-80004. And although it installed without a problem, when I tried to run one of the previously created virtual machines, I got the following error:

As it turned out after a quick investigation, that was a result of running a VM from a NTFS partition, because its default mounting settings don't have the exec option.

Since you shouldn't be running anything critical through an NTFS driver anyway, I simply moved the VM onto one of the ext3 partitions and, sure enough, it fixed the guest RAM allocation error.

Update: if your scenario prevents you from moving a VM to a native partition, use the following option:

You should add it to the vmx file of your VM. Thanks for the tip, benito!

At last, PowerPoint slides are available for all the VMworld Europe 2008 sessions and labs.

There's 16 videos for you to watch, and absolutely every session and lab has a set of slides available for download.

END_OF_DOCUMENT_TOKEN_TO_BE_REPLACED

Many of you have probably heard about the recent Core Security findings which resulted in a security advisory CORE-2007-0930, Path Traversal vulnerability in VMware's shared folders implementation:

A vulnerability was found in VMware's shared folders mechanism that grants users of a Guest system read and write access to any portion of the Host's file system including the system folder and other security-sensitive files. Exploitation of these vulnerability allows attackers to break out of an isolated Guest system to compromise the underlying Host system that controls it.

Successful exploitation requires that the Shared Folder's feature to be enabled which is the default on VMware products that have the feature AND at least one folder of the Host system is configured for sharing.

END_OF_DOCUMENT_TOKEN_TO_BE_REPLACED

I'm just back from VMworld Europe 2008, and one of the highlights of this event was the announcement of VMsafe – a new security technology introduced by VMware.

VMsafe is a new security technology. What is means is that software security vendors will partner with VMware to develop custom virtual appliances used for protecting virtual machines on a VMware ESX server.

END_OF_DOCUMENT_TOKEN_TO_BE_REPLACED

Last week, VMware updated their VDI solution and released the next generation of its desktop-specific connection broker – Virtual Desktop Manager.

END_OF_DOCUMENT_TOKEN_TO_BE_REPLACED

I've just finished the first round of VMware Server 2.0 beta testing, and although I quite like the product, it's still not stable enough for my needs, and so I've decided to fall back to VMware Server 1.0.4.

But what happens is that every time you try to use the VMware Server 2.0 virtual machine in VMware Server 1.0.4, you get an error like this:

"Configuration file was created by a VMware product with more features than this version" may be a correct statement, but chances are that you won't need any of the new features of VMware Server 2.0 to use standard VMs.

Because of this, you can use a simple hack to make the new VMs work with older version of VMware Server: simply change the hardware version back.